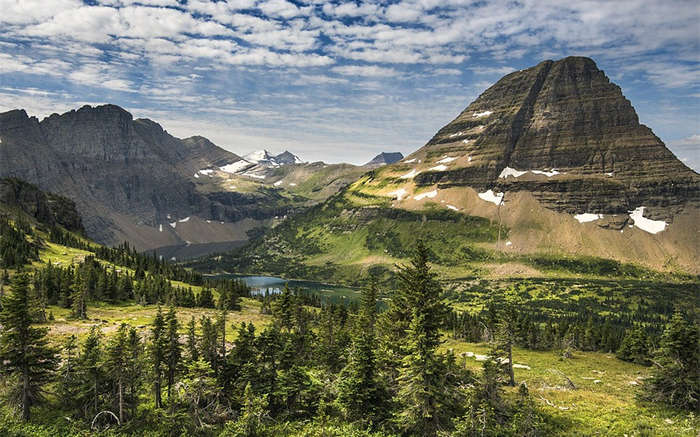 “Our public lands- whether a national park or monument, wildlife refuge, forest or prairie- make each one of us land-rich. It is our inheritance as citizens of a country called America.”

Whether it is the Izembek Wildlife Refuge in Alaska, Monomoy Refuge in Massachusetts, Bears Ears National Monument in Utah, winter range for Pronghorn Antelope in Wyoming or habitat for Sage Grouse in Montana, these public lands share one common denominator: endangered with a high probability of extinction.

The U.S. Federal Government manages 640 million acres of public land.  The Republican Party believes it is absurd for Washington to control so much acreage, citing the expense involved and redundant bureaucracy. Uninformed citizens may nod their heads in agreement and acceptance of federal lands in the hands of states believing they can better manage these lands for multiple use. The problem is that once federal land is transferred to states, it is easy for greed to triumph and those lands will wind up in the hands of the highest bidder. In the state of Utah alone, it would cost state taxpayers $280 million a year to manage these newly acquired lands. These lands will be subdivided, sold and their resources extracted.

Who cares? The unsettling movement is a shift away from every conservation and environmental protection we have achieved since 1900 including the protections granted by administrations such as Roosevelt, Bush and Clinton, not just Obama. These are our public lands set aside for the enjoyment of all. The evolving anti parks caucus and the senates’ erasure of the Stream Protection Rule, is representative of Trump Administration’s commitment to expanding the extractive industries’ footprint on public land.

In the past several years Congress has been unable to pass individual park and wilderness bills. Congress’ unwillingness to adequately fund the federal agencies that operate public lands is setting the stage for a dramatic shift in public land management. For example, there is a backlog of maintenance projects in the tens of billions of dollars within the National Park Service alone. This is death by a thousand cuts and the beginning of a plan by representatives such as Bishop, Chaffetz and about 20 other members of what is known as the anti parks causcus to selloff lands. For more information: These Are the Representatives Who Want to Sell Your Land

The public comment period for the fate of 27 national monuments ended July 10, 2017. Over 1.2 million comments were received online with thousands more via mail. To see if your favorite playground is under review visit this press release Interior Department Releases List of Monuments Under Review, Announces First-Ever Formal Public Comment Period for Antiquities Act Monuments

.  Current Secretary of the Interior Ryan Zinke says he is opposed to the sale or transfer of our public lands, but we shall see. There may be modifications to the protections of some of these monuments and we will anticipate these modifications and what they mean for the future of these public lands.

In my home state of Montana, business owners are fighting two foreign mining companies’ plans to extract minerals on federal land outside of Yellowstone’s north boundary. In late 2016, Secretary of the Interior Sally Jewell announced the Obama Administration would protect 30,000 acres of land from new mining claims in Paradise Valley Montana, a scenic area along the Yellowstone River north of Yellowstone National Park. Now, two foreign mining companies; a Canadian and an Australian company have each filed for exploratory projects to drill for gold. Australian company Crevice Mountain Mining is pursuing their project within sight of Yellowstone’s iconic Roosevelt Arch. Yes, mining brings a few jobs and an increasing tax base. But so does tourism. And with Yellowstone receiving over 4.4 million visitors in 2016, I’ll take tourism dollars over polluted streams and foreign interests any day.  Montana is my home state and this is just one example of our public land being threatened. I bet you will not have to look far to find similar projects that threaten your federal land, local monument or wildlife refuge.

So, what can we do? We are all busy making a living, spending time with family and it is easy to get lost in our daily lives, the news (whether fake or real) and world events. But, the war on public lands is on and it is our right to keep these lands for us all and it is therefore the responsibility of us all to protect them.

The Trust For Public Land offers a how-to article for writing your representative to either thank them for their stance on protecting lands or for voicing your opinion. If you are too busy hiking, biking and enjoying public lands to know who your representative is, check out house.gov to look them up by zip code, govtrack.us to find your Senator and their voting record and more on writing your elected representative.

Public lands are threatened more now than they ever have been. It is up to us, the campers, backpackers, hikers, cyclists, hunters, fishermen and recreationists to unite for the future of our lands. If we do not practice due diligence in contacting elected officials our public lands could wind up just like our politicians; sold to the highest bidder.

1 Comment on "American Land: Sold to the Highest Bidder"