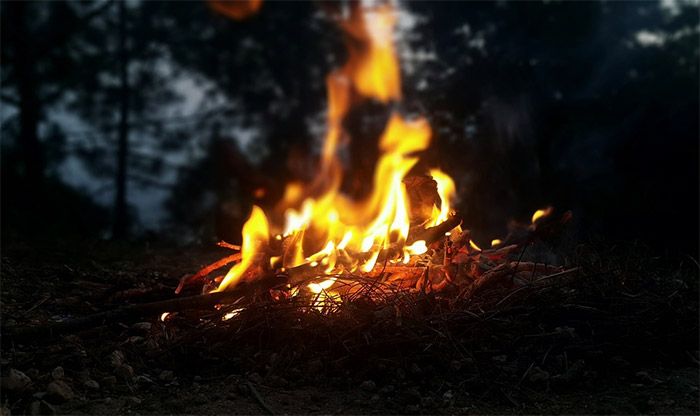 I was working for a counseling camp that provided an educational outdoor environment for troubled teen boys. I was assigned two boys 14 years old while various counselors read their assessments and decided where the newcomers fit into the program. They had been abused, neglected, hooked on drugs, lived on the street and told they would never amount to anything. It was raining and had been for two days. I took them on a hike and we trudged through the Tennessee woods in our rain ponchos. I suggested we build a fire and was met with their certainty that it was too wet to get a fire started. I pulled a wad of lint from my jeans and they followed suit. In a moment we had a large pinch of lint and found some pine needles under a log that were dry. I handed my lighter to one of the young men and he lit the lint. I taught them how to tend the fire and enjoyed seeing them get excited about being able to make a fire in the rain. Clearly, at that point in their lives, building a fire in a steady rain was one of their greatest surprise achievements and one of mine.

I have a grocery bag of lint at home beside the dryer. It is filled with dog hair infested lint and when it gets bulky enough that I consider throwing it away, I know it is time to make more fire starters. You’ve likely heard of this or done it yourself. Here is my lazy man’s version of making fire starters with lint, wax and an egg carton:

If you want to recycle the bathroom waste basket and add some wood chips from the grill try the following. I call it the TITES (Throw It In The Ex’s Sunroof). Just kidding, I would never do that, but I do like the acronym.

When you use these fire starters with pine needles, bark or dry leaves, it helps getting a fire going. These homemade egg carton beauties will burn up to 15 minutes and about 20 minutes with the toilet paper roll fire starters (TITES).

Even in the rain, I will try to find a downed tree with exposed kindling like this one to get a fire going. Merely clawing at it for a moment will produce very dry chunks of wood. 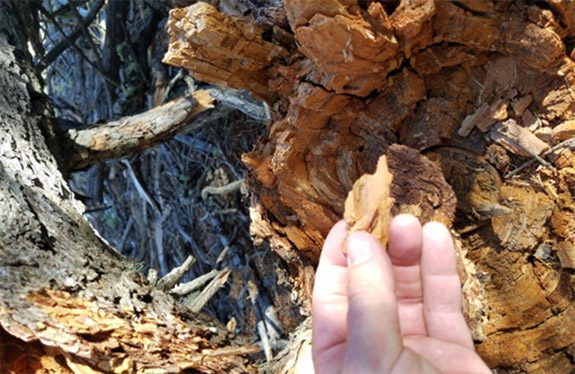 Wherever your adventure takes you, stay warm and dry and may the joy starting a camp fire always be with you even in a downpour.

How to Build a Smokeless Campfire