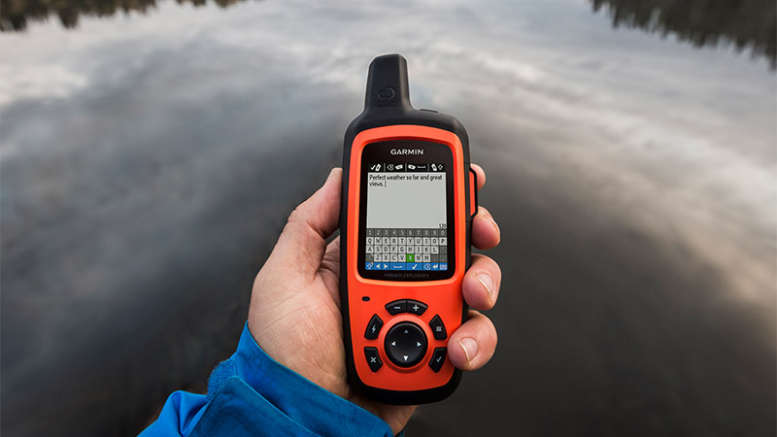 Outfitter Kurt Wedberg is the founder of Sierra Mountaineering International. He leads mountain climbing trips to legendary natural areas all over the world including Mount Whitney in the U.S., Mount Everest in Nepal, and Mount Kilimanjaro in Africa. Here’s one of his Facebook posts from a recent climb of Kilimanjaro…

“Psyched to be in the jungle at the trailhead for Kilimanjaro! #SMIGuides #BestJobOnThePlanet”

The Garmin inReach Satellite Messenger that he used to create this Facebook post allows him to do a great deal more. He can…

And a great deal more!

Below that is a link to inReach.Garmin.com that says…

“Two-way text messaging anywhere in the world with the inReach satellite communicator.”

Savage Camper interviewed Wedberg by telephone in his Bishop, California, headquarters about his use of the inReach Satellite Messenger. He couldn’t have been more enthusiastic about the device. He also owns a satellite phone, but for convenience and expense he prefers his Garmin inReach for regular use. On international trips, he coordinates his inReach messages with his headquarters staff so that they can posts Facebook photos of previous trips to the same locations he’s texting about from on his inReach satellite messenger. You can see examples on Sierra Mountaineering International’s Facebook Page. It’s an all-round great communications and marketing system that helps him stay in touch with customers families and create interest in potential new customers.

S.O.S.
Interactive S.O.S with the ability to communicate back and forth with GEOS. This is the International Emergency Rescue Coordination Center (IERCC) based in Houston, Texas. The IERCC is manned 24/7 with a staff who has access to emergency responders worldwide. The average IERCC response time from the recipe of as S.O.S. message until referring an emergency responder is 11 minutes world-wide.

Satellite Access
Satellite access to the 66-satellite Iridium Satellite Network. A network fee is charged that varies depending on the user’s level of service.

Trip Planning
Plan your trip with routes and waypoints. Save and store all trip information.

Tracking mode
Track routes, drop waypoints and find you way back via a breadcrumb trail.

Use with smartphone
Use in conjunction with a smartphone to utilize the free Earthmate app to access topo maps, U.S. NOAA charts, aerial imagery and other features.

With a Garmin inReach Satellite messenger you can stay in touch with friends and family directly or via social media no matter how remote your destination. You can provide them with the pleasure of following your route and knowing that your trip is proceeding safely and on schedule. If an emergency should arise you have access to a 24/7 global emergency response network. All in all, not a bad addition to your inventory of expedition gear.